PMSC MONACO : AN ENCOURAGING START TO THE CHAMPIONSHIP 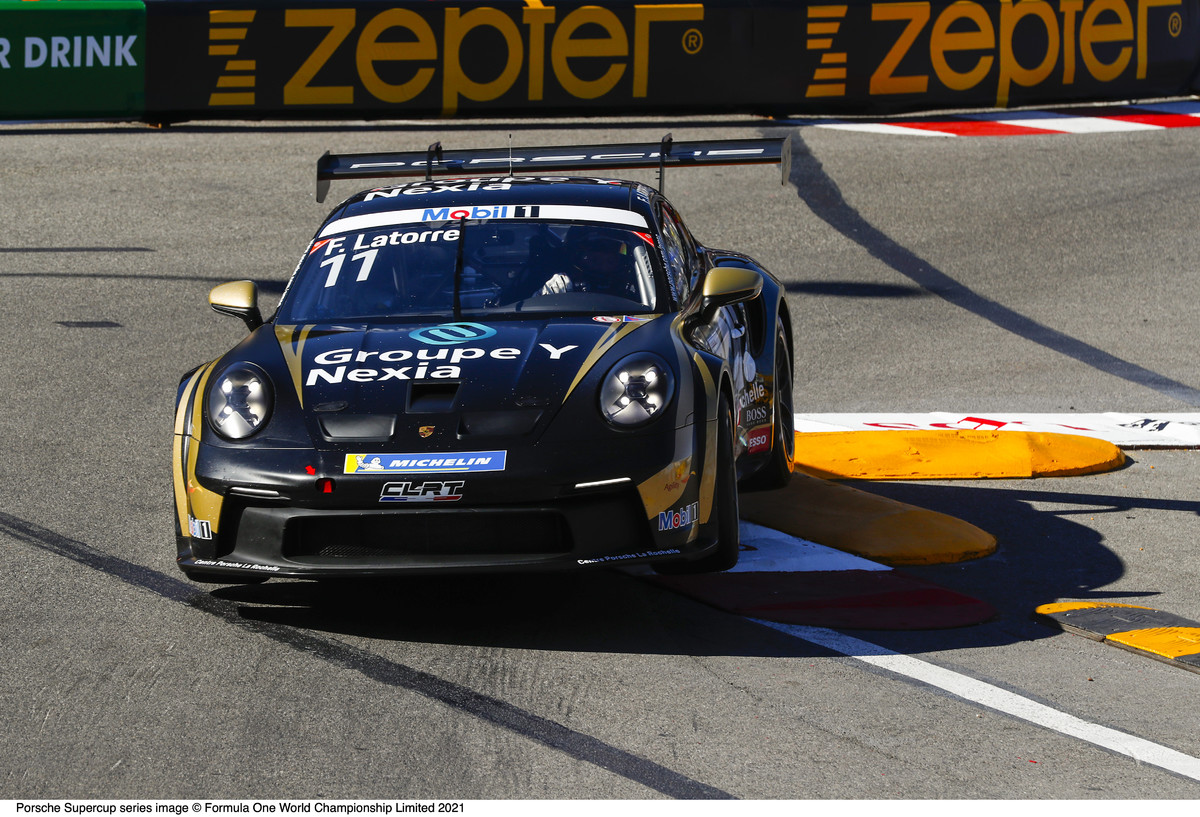 After the deadlock in the 2020 Championship, the Porsche Mobil 1 Supercup returned to Monaco this year for the opening round of the F1 Grand Prix. The temperatures weren’t scorching hot, but the 27 drivers had to deal with a dry track.

As with any city circuit, test runs are not possible, so they had to make the most of the allocated 40 minutes to get this new Porsche set up as well as possible. The traffic didn't allow us to be at the top of the time sheet but the work from the team discovering this track was very good and all the ingredients seemed to be there for a good performance.

With the first set of tires, Florian got the second fastest time but the car and the driving still need to be perfected because, as usual, it is the second set that will count. Florian was among the first and did a very good lap which confirmed his position of second at 57 thousandths from pole position. The first starting line seemed to be secured until a judge found a breach on the racing line. Everyone wonders how this is possible between the rails of Monaco but unfortunately it is necessary to see the evidence and accept the 6th starting position.

After the traditional day off on Saturday, it was time for the opening race of the Grand Prix. After having kept his place at the start, Florian could relax, as the race had stopped after a big accident in the middle of the group. After a 25 minute break, a second start was given, everything went well and Florian retained his position again. We have seen in previous weekends that it has become particularly difficult to overtake with this new car, but here in Monaco, it is almost impossible. Florian, faster than the car in front of him, tried to push his opponent in vain. He nevertheless managed to cross the finish line in 5th position after a driver in front of him retired.

We didn't win the Championship in Monaco, but we didn’t lose it. Florian scoring big points, has preserved all of his chances.

We now have three weeks of rest before returning to SPA for a round of the French Cup on 19th and 20th June.

PCCF PAUL RICARD : THE PERFORMANCE, THE FIRST GGOD OMEN PODIUM BEFORE THE SUPERCUP 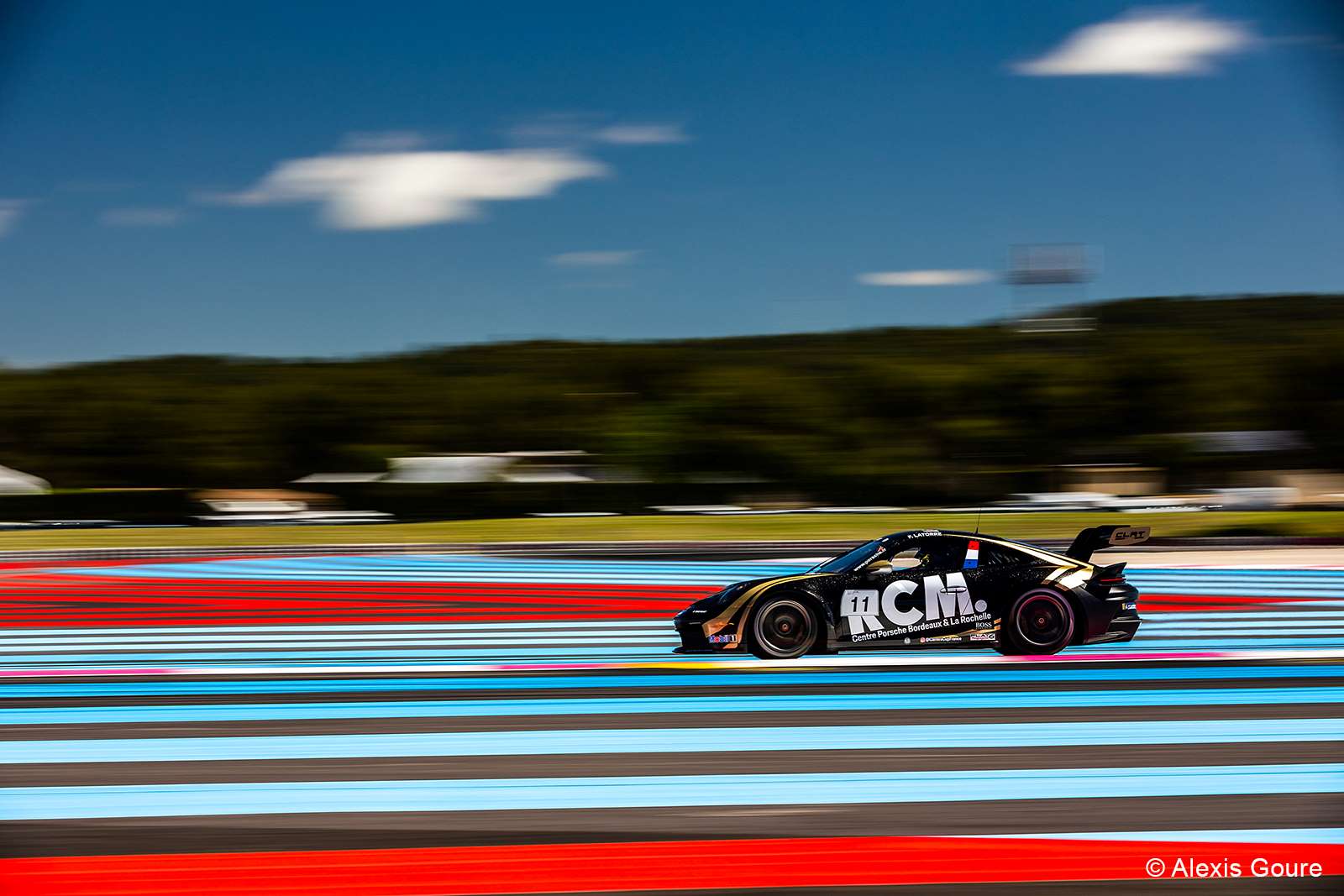 This May, the meetings have followed one another. After Magny-Cours, it was time to go to Paul Ricard on 15th and 16th May, with cloudy and cool weather for the season but that didn’t spare the competitors.

The two days of practice highlighted the teams very good performance and work, earning first place in three out of four sessions. The winter try outs and the start of the season in the French Championship enabled a very good preparation for the Supercup which is on the horizon.

On Saturday, was the timed trial. While all the indicators were green and the whole team was imagining the two poles, unfortunately the judges didn’t want it that way... After seeing his three fastest laps taken away, Florian was forced to resign himself to go around all the vibrators so that there was no possible suspicion. He managed to save the essential and obtain 3rd place on each of the starting grids.

The race performance was perfect but the second position start kept him from fighting with the leader. Florian nevertheless obtained second and third place in the rankings because one of the competitors in front of him was not registered in the Championship. In the process he overtook incredibly and was awarded two bonus points for the two best laps in the race.

During the Championship, he will take back two places and remains on the lookout for the leader while waiting for the next event in SPA on 19th and 20th June.

In the meantime, it's time for the Supercup next weekend in Monaco. Florian and all his team are ready for the big goal of the season. 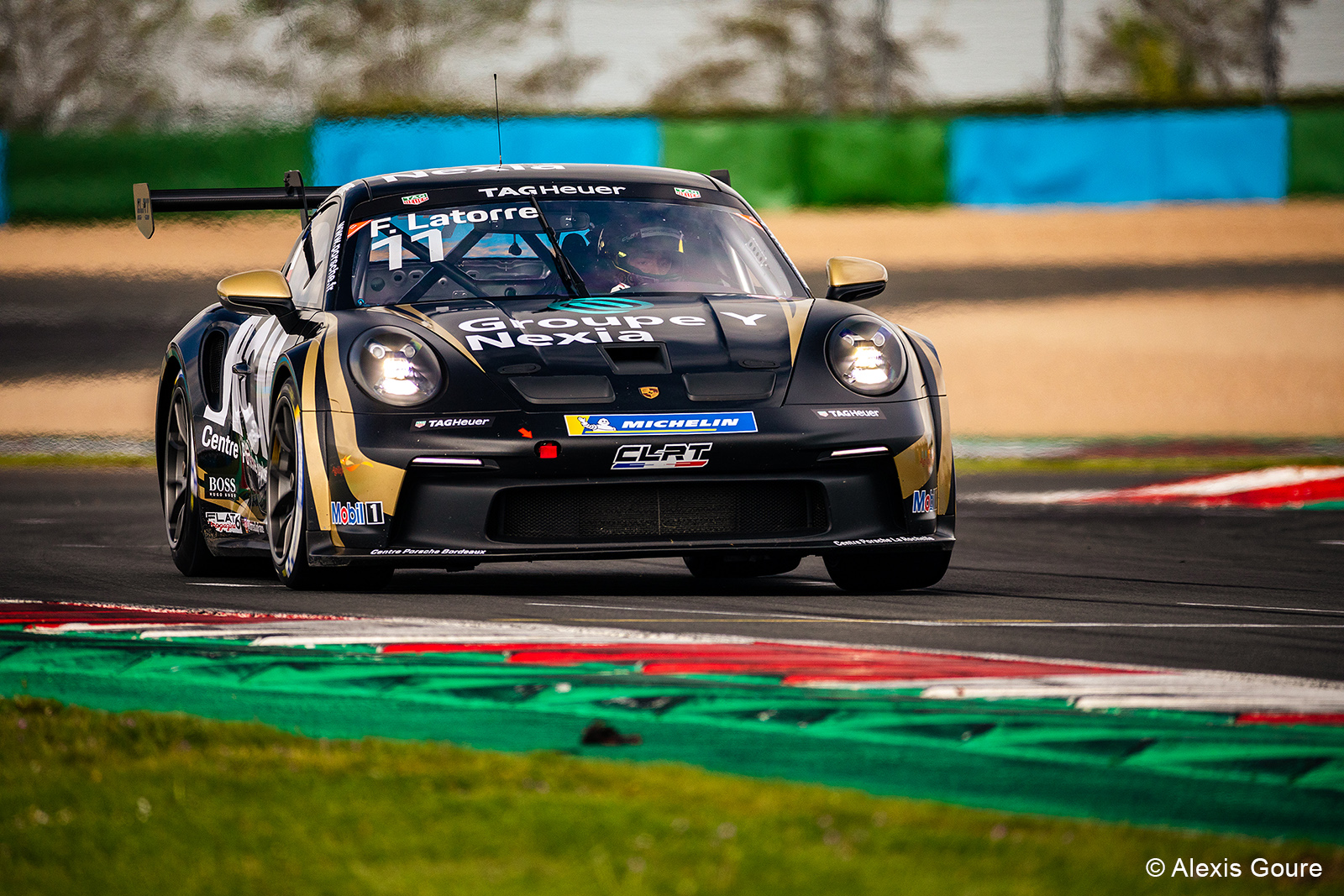 For this new season, the hostilities resumed on the Magny-Cours circuit with the Porsche Carrera Cup France championship on 7th and 8th May 2021. This year, Florian remains loyal to the CLRT team of Côme Ledogar and will once again take part in the French Championship and the Porsche Mobil 1 Supercup. The new Porsche 992 has stirred things up between the drivers and teams, as all the previous achievements must be rebuilt. This first round allowed us to measure up the level of every drivers  performance.

The two free practice sessions on Thursday took place in wet conditions with particularly encouraging results. Nevertheless, very little information could be gathered to prepare for the weekend which took place on a dry track. Despite this, we will remember the performances and the quality of the set-ups put in place by the team for rainy meetings in the future.

The start of race 1 was agitated and Florian lost two places in the first lap. The race pace was not fast enough to be seen as a threat and allow him to move up. He finished in 4th position. In race 2, Florian was 4th from the start. The performance on this race was much better but overtaking on this circuit was very complicated, Florian did not manage to regain a position despite his multiple attempts. In the end, the 4th and 3rd places were taken into account.

For the championship, Florian takes 3rd place at the end of the weekend in Magny Cours, on equal points with his teammate. The next race will take place on the Paul Ricard circuit on 15th and 16th May 2021.